Garden of the Gods

This morning we drove to Colorado Springs, just about 10 miles away, and made mass.  Then ate lunch.  After we drove through Garden of the Gods.  Gorgeous scenery just a couple minutes out of Colorado Springs.
Then we drove out through Manitou Springs and out towards Cripple Creek an old mining town at about 10,000 feet.  The weather was beautiful, sunny and about 70 degrees.  And the traffic was pretty heavy with mostly locals getting out and getting sun.
We drove through Cripple Creek twice while we were looking for the Shelf Road which runs south to Canon City.  We finally found it and drove along a dirt road for about 30 miles.  The road was single lane so we had to pull over a few times to let others pass.  We followed the creek for about 10-12 miles occasionally passing someone panning for gold.  Then the creek dropped far below the road.  Sometimes it looked about 500 feet or more below us.  Sometimes the road was a sheer drop down to creek.  Kinda hard to sightsee when it's like that!  It was a really nice drive but there was no way to get any pictures.  We continued to Canon City and did a wine tasting at The Abbey a local monastery.  Didn't see any monks about but the wine was pretty good and we bought a merlot and chardonnay.  And a jar of merlot fudge sauce.  Haven't opened that yet, but I bet it'll be good on ice cream!
Got back to the campground to find it pretty deserted.  Friday afternoon it was mostly full with weekend campers.  Now there are about 20 other people here, nice and quiet.
Tomorrow we go to Pike's Peak and ride the cog train to the top, 14115 feet.
Wednesday we move to Golden for a week.  We plan to meet up with David and Denise and spend some time catching up.  Then we'll move to Hudson which is just north of the airport where we'll leave the coach and fly home for a month. 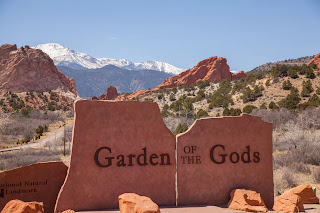 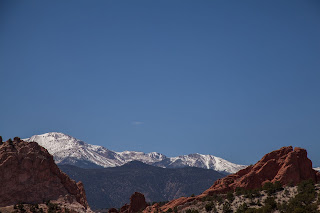 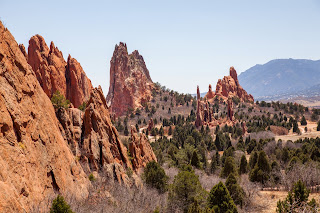 Posted by folivier at 8:58 PM No comments:

We did stay a couple days in Lamar since it snowed all day.  Wednesday morning we pulled out and headed towards Pueblo.  Had a nice drive, about 160 miles.  Went through Pueblo on hwy 50, then turned north on 115 for about 15 miles.  We're staying at Mountaindale RV campground which is a very nice campground with nice roomy sites.
Yesterday we drove west on 50 past Canon City to Texas Creek on the Arkansas River.  We unloaded the RZR and rode for about 3 hours.  These were fairly easy trails through sand, dirt, rock, and alpine meadows.  We rode to the top at 9185 feet, then continued where we had a light snow falling on us.  Amazing how the temperature can go from comfortable to pretty darn chilly real quick when the dark clouds hide the sun.  We had a nice day just riding and enjoying the scenery.  Too bad it's a late spring and the meadows were still brown.
This morning (Saturday) we left at 8:15 and drove down 115 to Penrose Commons and rode the RZR
for almost 3 hours.  We beat the locals and saw the first atv's and motorcycles as we were almost back to the truck.  These trails were much more challenging.  The main trail had some pretty tough sections with rock ledges and loose rock climbs and descents.  But me being me I had to turn down one of the "brown trails".  This one trail had me wishing I would have bypassed it.  It was pretty tough with rock ledges that had me scraping the skid plates but then we started descending down into the canyon.  This is where it really got scary.  There was no way to even think of turning around.  I was committed!  Or as Cindy thinks I should be committed....
There was loose rocks, big and small.  Rock ledges that we slid down some, others I bounced down.  Finally we reached the bottom of the canyon and I could breathe.  Cindy was getting pretty frantic by then.  Then we had to climb out of the canyon.  The climb was worse since going down I could control my descent much easier.  Going up I had to keep my momentum up which meant bouncing from ledge to ledge in some places.  A couple times I had a hairpin turn at the top or bottom of some pretty large ledges.  But we made it!  No damage to the RZR.  Well except for Cindy's "oh shit" bar.  I think she might have bent it....
We then finished the drive on the main section which was easy compared to the "brown trail".  Cindy said she figured out why it's called "brown trail".  Think about it.
After loading up the RZR we washed the truck and RZR which  both needed it badly.  Then just spending the rest of the day relaxing at the coach enjoying the gorgeous weather. 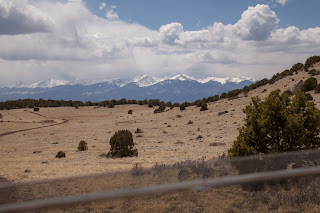 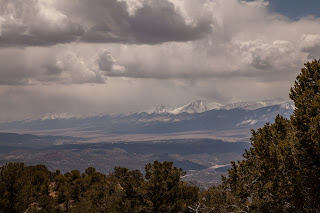 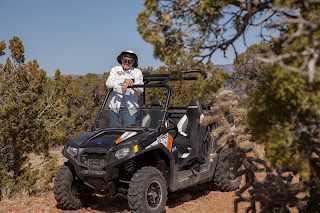 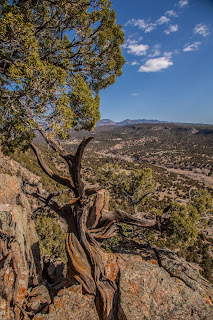 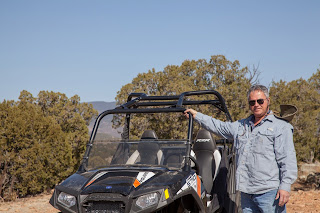 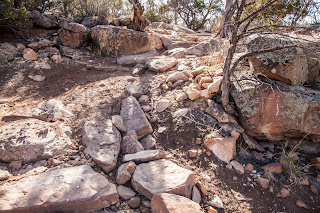 Posted by folivier at 6:45 PM No comments:

While we were in Golden Cindy's uncle passed away at 94.  So we left the coach at Steve's and drove back to Paincourtville for a week to make the funeral.  Gonna miss you Uncle!
We arrived at Scott's and surprised Ella.  Scott told her he had a surprise for her so she knew something was up but didn't know it was us.  She was very excited when she saw us.
It was nice to get back home for a week to see family and visit.
Then we drove back to Golden, spent a few more days at Steve's then headed to the Newell factory.
We spent a few days there touring the production plant and visiting with people that I had spoken to on the phone before.  Always nice to put a face with a name and get to know people a little better.
Newells are all built to order and customized like the buyer wants.  Totally amazing to see a pile of iron being welded together into a chassis.  Then the different stages as the sides are put on and the interior comes together.  The new ones use Ipads to control all of the lights, fans, blinds, a/c and heat, and almost everything else.
Then we drove west to Dodge City, KS.  We had planned to leave this morning but watching the latest winter storm we may either stay here or drive 3 hours to Lamar, CO for the night then sit a day or two to let the roads clear.  They're expecting temperatures in the low 20's and some snow and rain.  Don't want to drive on snow or icy roads.  We have a campground booked for a week in Colorado Springs then head up to Denver to visit David & Denise and explore the area.  Then we'll leave the coach and fly back home for Mike's graduation and Ella's dance recital and birthday. 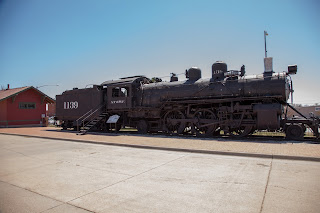 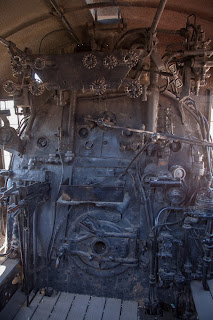 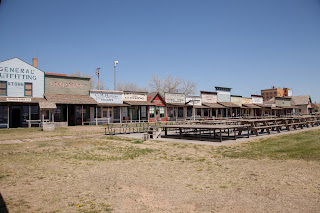 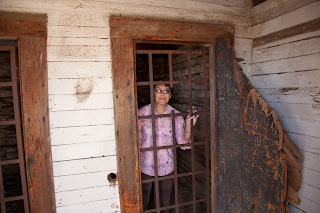 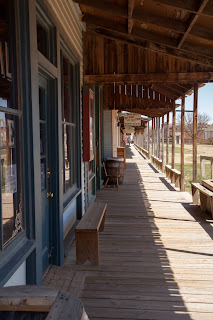 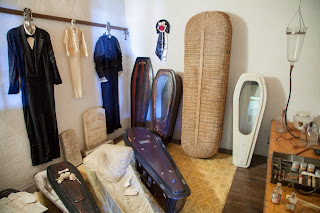 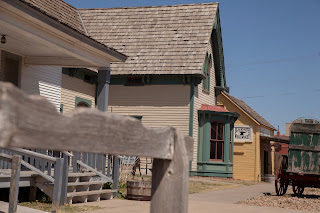 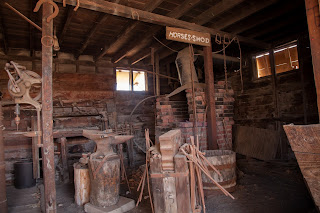 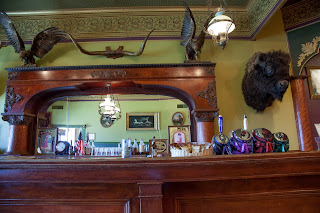 Posted by folivier at 8:59 AM No comments: