Before we left Ella told me she wanted a “crystal thing” like in the movie Frozen.  Well today Tom took us to visit with one of his neighbors Calvin.  He is retired and has been rock hunting and collecting for over 10 years.  He has an unbelievable collection of crystals, minerals, fossils, etc. in his house.  But on the walkway to his house are a few pieces of petrified wood.  These are about 2’ in diameter and 3 or 4’ high!  Amazing.  His backyard has piles of rocks everywhere that he has either collected himself or bought from overseas.  Quite a bit of his rocks are very rare.  We spent about 2 hours listening to his stories.  He is very knowledgeable about geology.  He let me cut a couple pieces and let Cindy polish them.  They came out quite nice too. 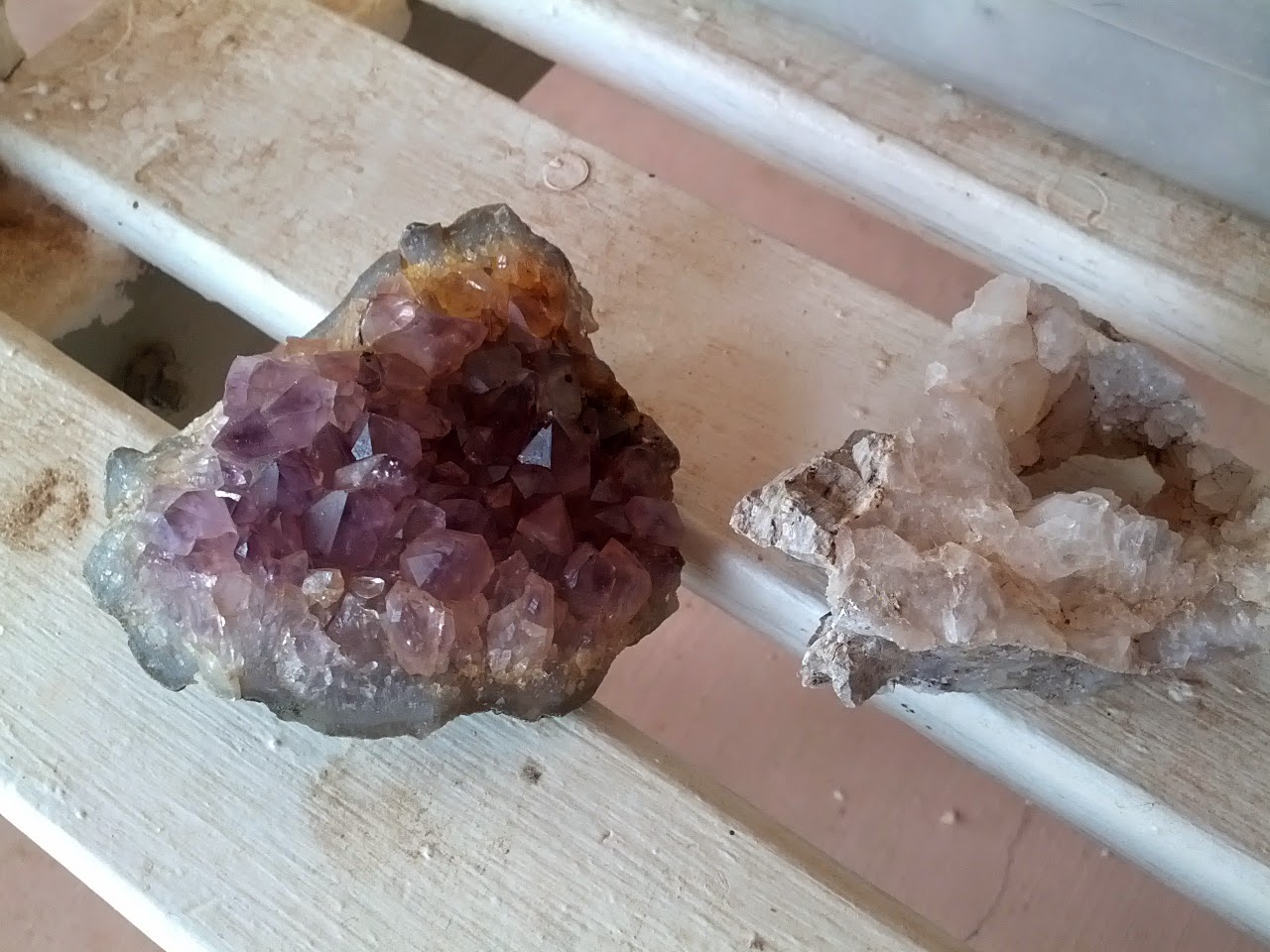 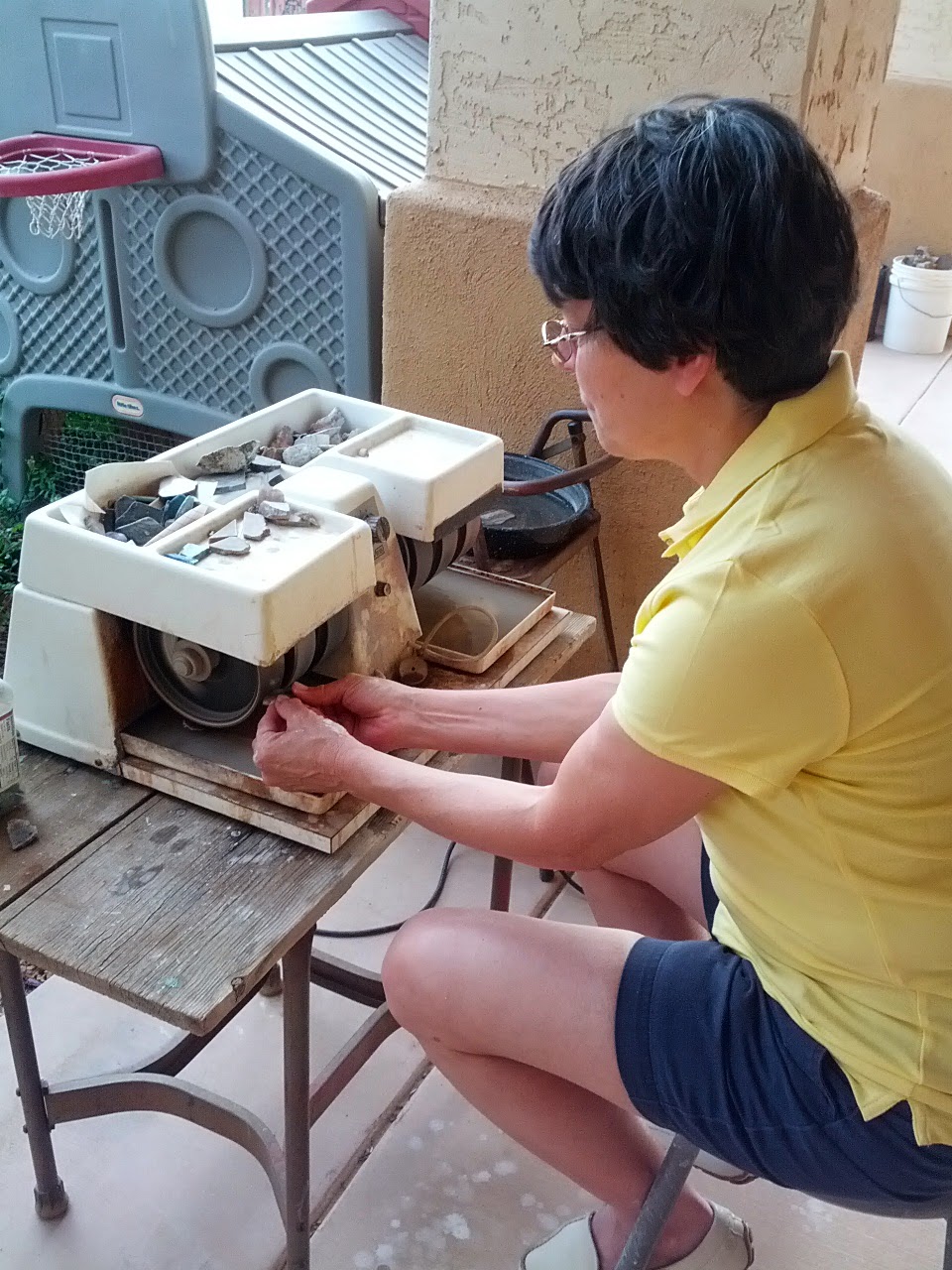 Not far from Toms house near Surprise are fields of roses.  They grow the bushes to sell and are beautiful to see fields of red, pink, yellow, and white roses.  Today we saw the workers on these wheeled carts laying on their stomachs working on the bushes.  There was another worker who pushed these covered carts along as they needed.  I snapped this shot with my camera while we were driving past the fields. 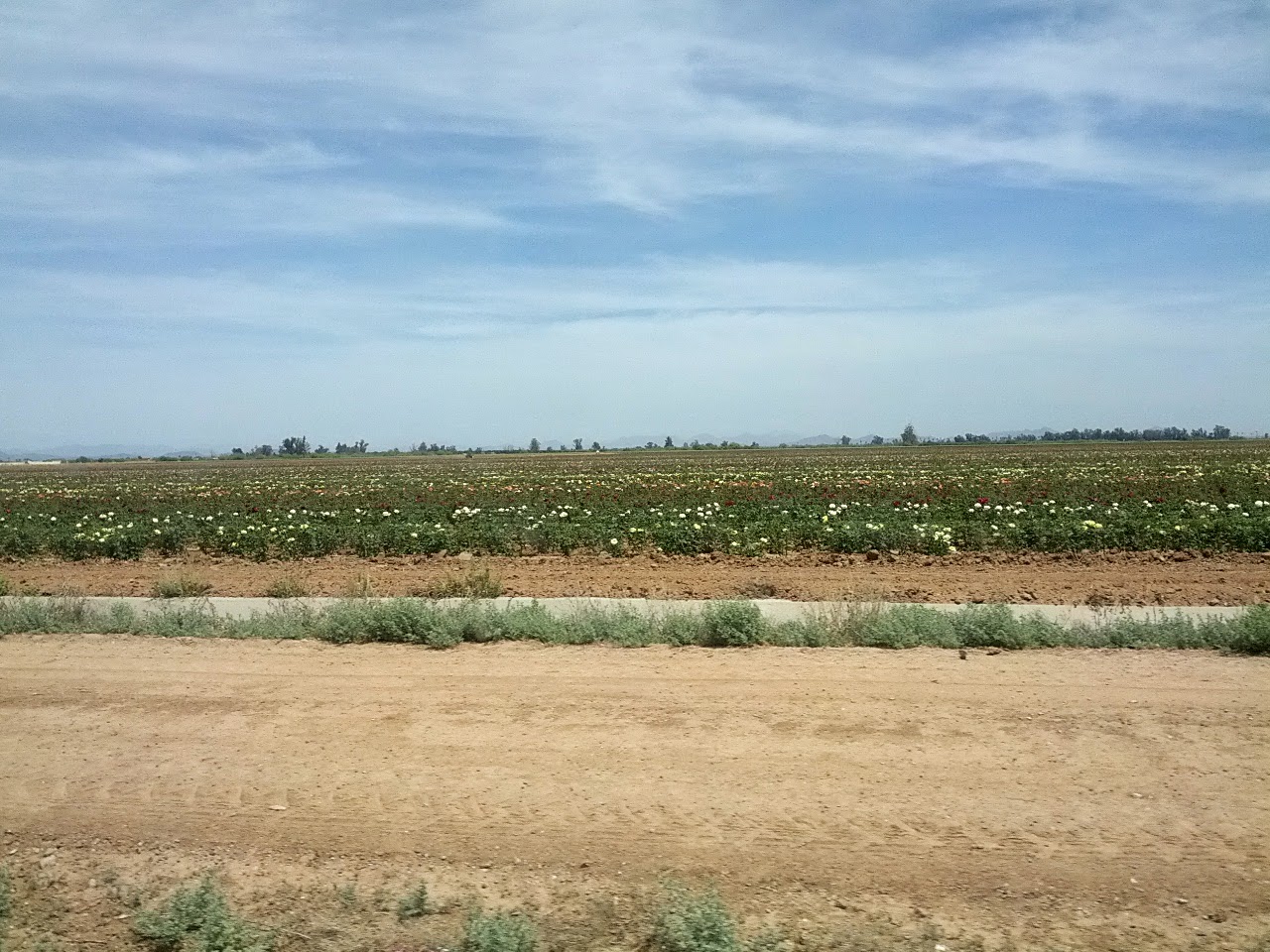 We’ve been busy helping Tom and Darlene move from their house in Mesa to the new one.  Saturday we had a ground breaking barbecue for Tom’s bus barn he is building in the back yard.  Had about 25 people over and bbq’ed bacon stuffed burgers.  Cindy cooked gumbo and bread pudding.  Not much was left over. 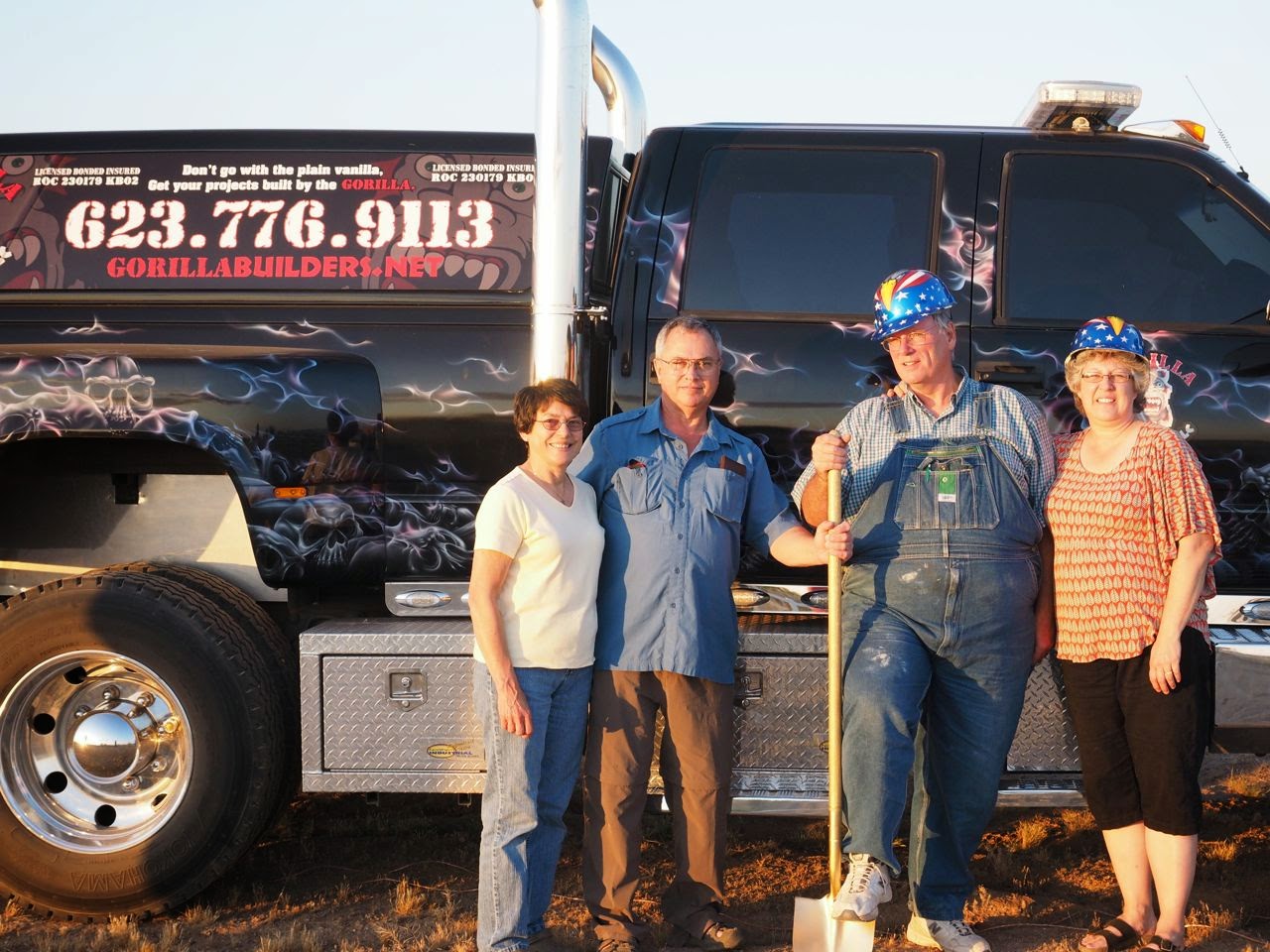 Oh yeah, clumsy me tripped and split my elbow open like a watermelon.  Had to go to urgent care.  The doctor took over 2 hours to clean it, put 5 stitches, and then apply pressure for about 20 minutes so it wouldn’t bleed.  That hurt the most.  So for the next couple days I had my arm in a sling and couldn’t do anything.  But it’s much better now and I can use it.  Just need to be careful.  Get the stitches out on Monday.
That's it for now.  We plan to leave next week, probably Tuesday morning.  We'll drive over to Durango, CO for a week or so.  Then we'll start heading back to Louisiana for a month.