As the world turns our plans change

Well we survived covid.  We both caught it back in February 2020 before much if anything was known about it.  Had lots of fatigue and bad coughing for a few weeks then recovered with no problems.  Actually it hit me while driving back from Arizona.  I’ve never been able to sleep while Cindy was driving the coach, maybe a light cat nap.  This time I’d lay down on the sofa and be comatose until Cindy shook me awake for me to drive again!  Back home we quarantined along with everyone else for most of the summer.

Then in 2021 we hit the road again, we figured we could quarantine just as well in the coach and be in nicer weather with beautiful scenery.  So we headed to Colorado and rented a lot at Arrowhead Ranch way up in the mountains at 9400’ between Gunnison and Montrose.  While we were there we decided that Arrowhead was one of the prettiest places we’ve been to so we bought a lot!  Full hookups with a nice shed. 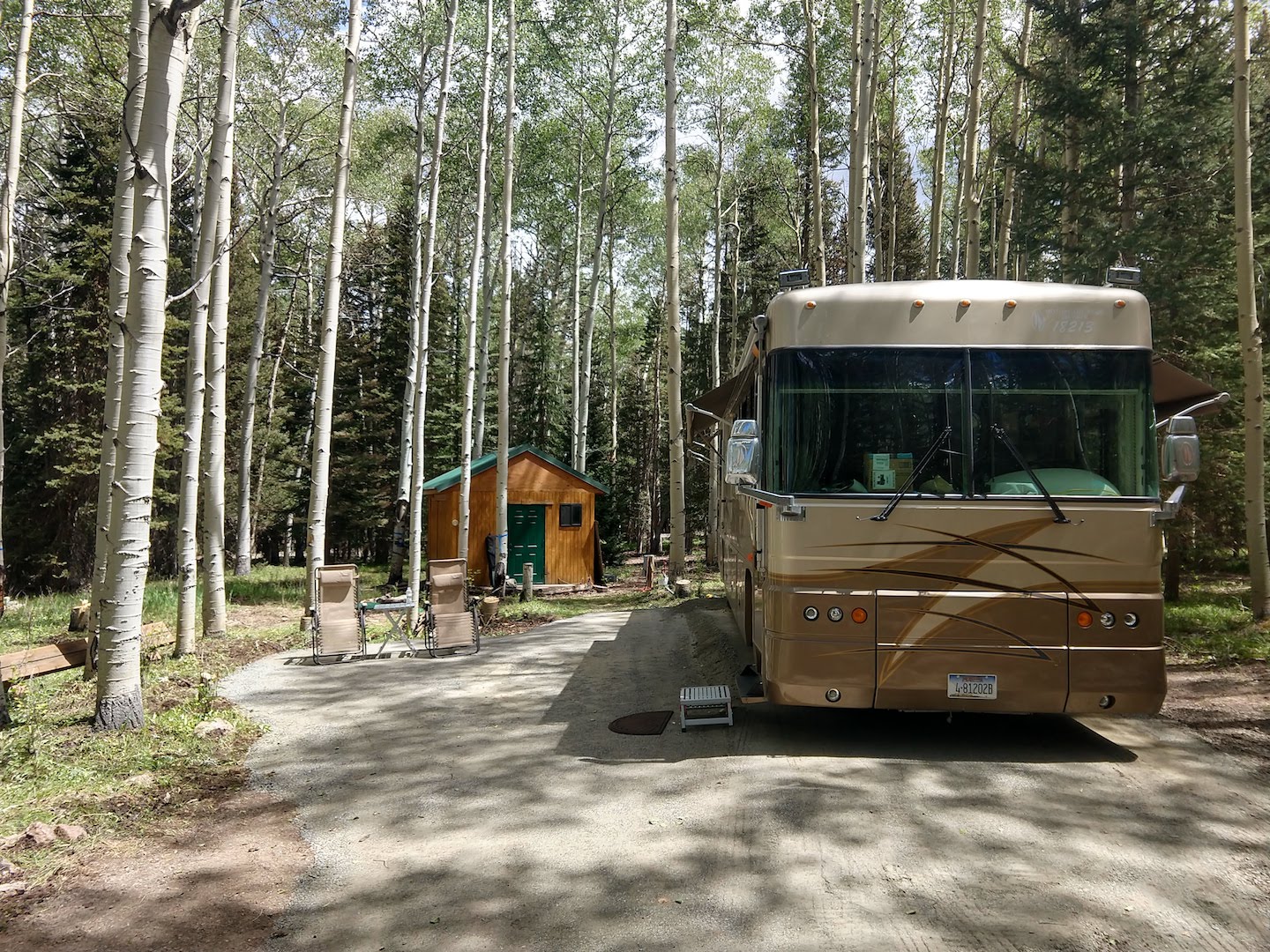 That lasted only 1 year.  We met so many nice neighbors and really discovered the area so we decided to sell the lot and Foretravel and buy a cabin at Arrowhead.  It’s a 2 bedroom 2 bath log cabin with a great deck, single car garage, separate shed, and a basement.  I’ve always wanted a log cabin with a basement. 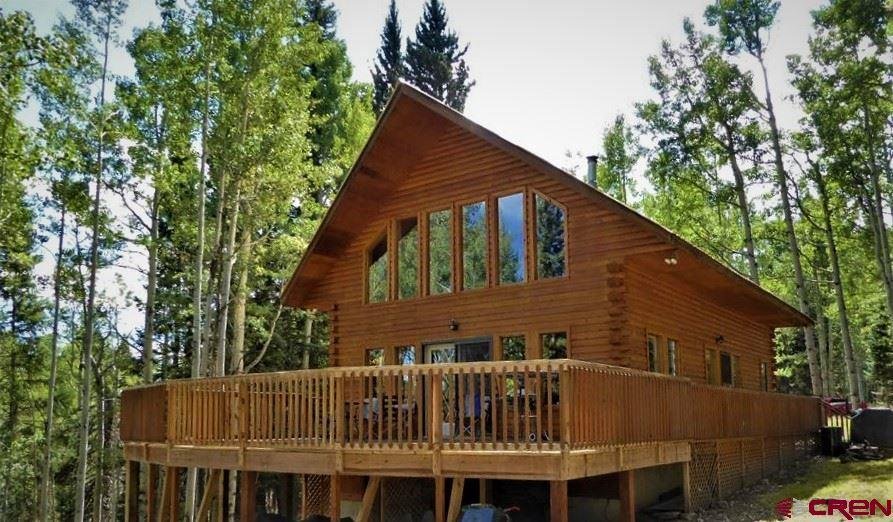 Arrowhead Ranch is a special place.  We discovered it about 7 years ago while spending a month in Creede and have rented lots and a cabin since then.  There is a mountain lodge with restaurant and rooms.  A security patrol and a firehouse.  There are about 300 cabins with 40 or so people who live there full-time.  And a hundred or so RV lots.
We went back at the end of January and stayed until the beginning of March.  In winter all RVs must leave and they close the “filing roads” inside the subdivision.  The road from Hwy 50 to Arrowhead is plowed and we have a winter parking lot where we park the car.  From there we either take a snowmobile or the Ranger with snow tracks.  The Ranger has a full cab with heater so is pretty nice to get around in.  Every Tuesday we have a potluck at the firehouse and play dominoes after.  I just couldn’t see Cindy carrying a pot of gumbo sitting behind me on a snowmobile.  Got lucky and bought the Ranger already setup from a neighbor who was leaving the mountain.  We burned more firewood in February than I have in my lifetime.  Glad Dirk left us plenty. 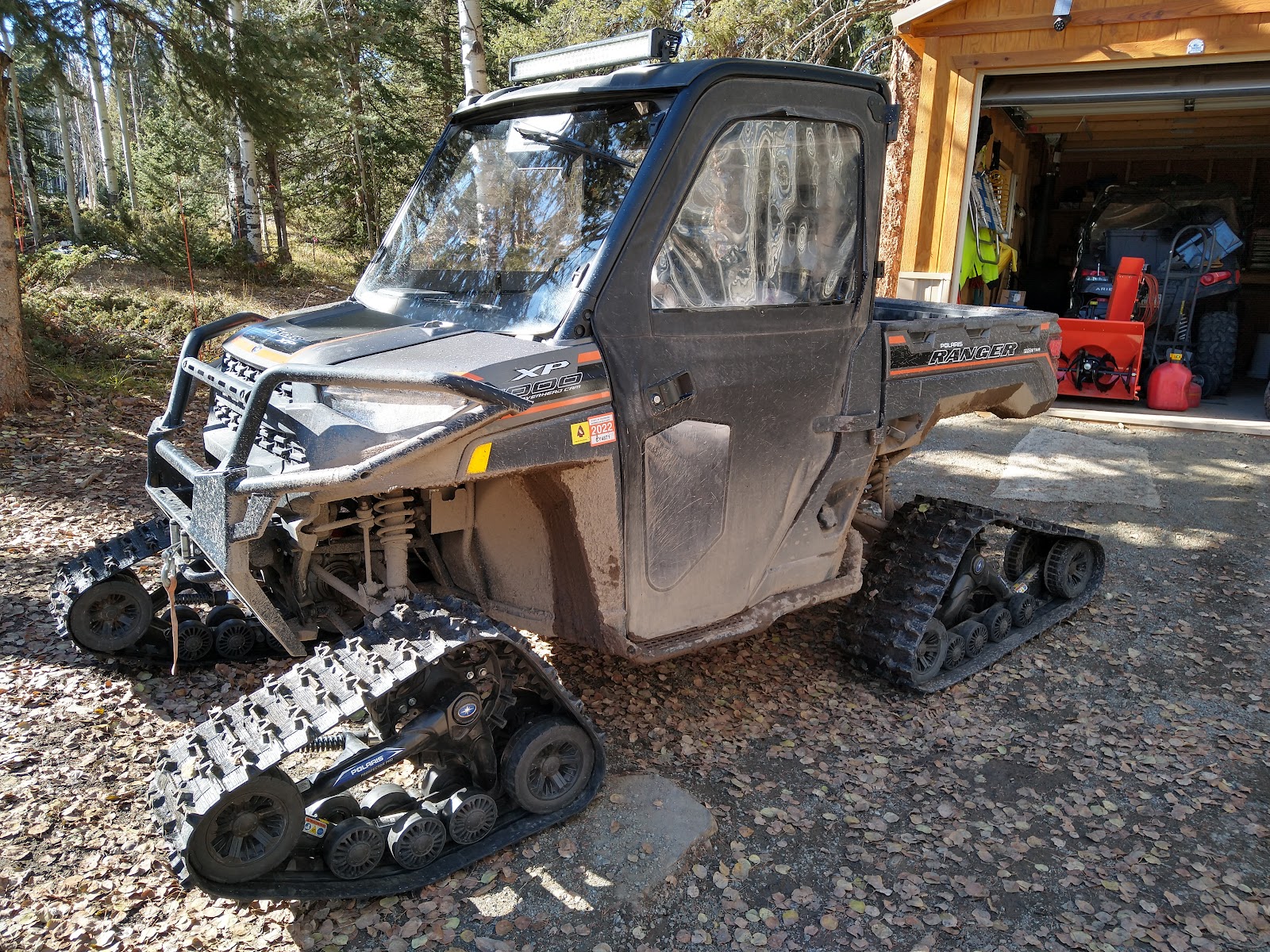 Right now we’re back home waiting on Mike & Katie’s new baby to be born!  Yahoo!  Another grandkid to spoil!
We’ll probably head back to the cabin in late May or early June for the summer then probably get back to Louisiana in October or so.  Scott, Niki, and the grandkids are planning to come up for a week this summer.  It will be so much fun.  Gotta build a fire pit in the yard to roast marshmallows and make s’mores.
Oh yeah we bought a Roadtrek van.  Found it in Tampa, had a friend check it out for me (thanks Richard), drove down and picked it up.  That’ll be our travel vehicle and for short trips. 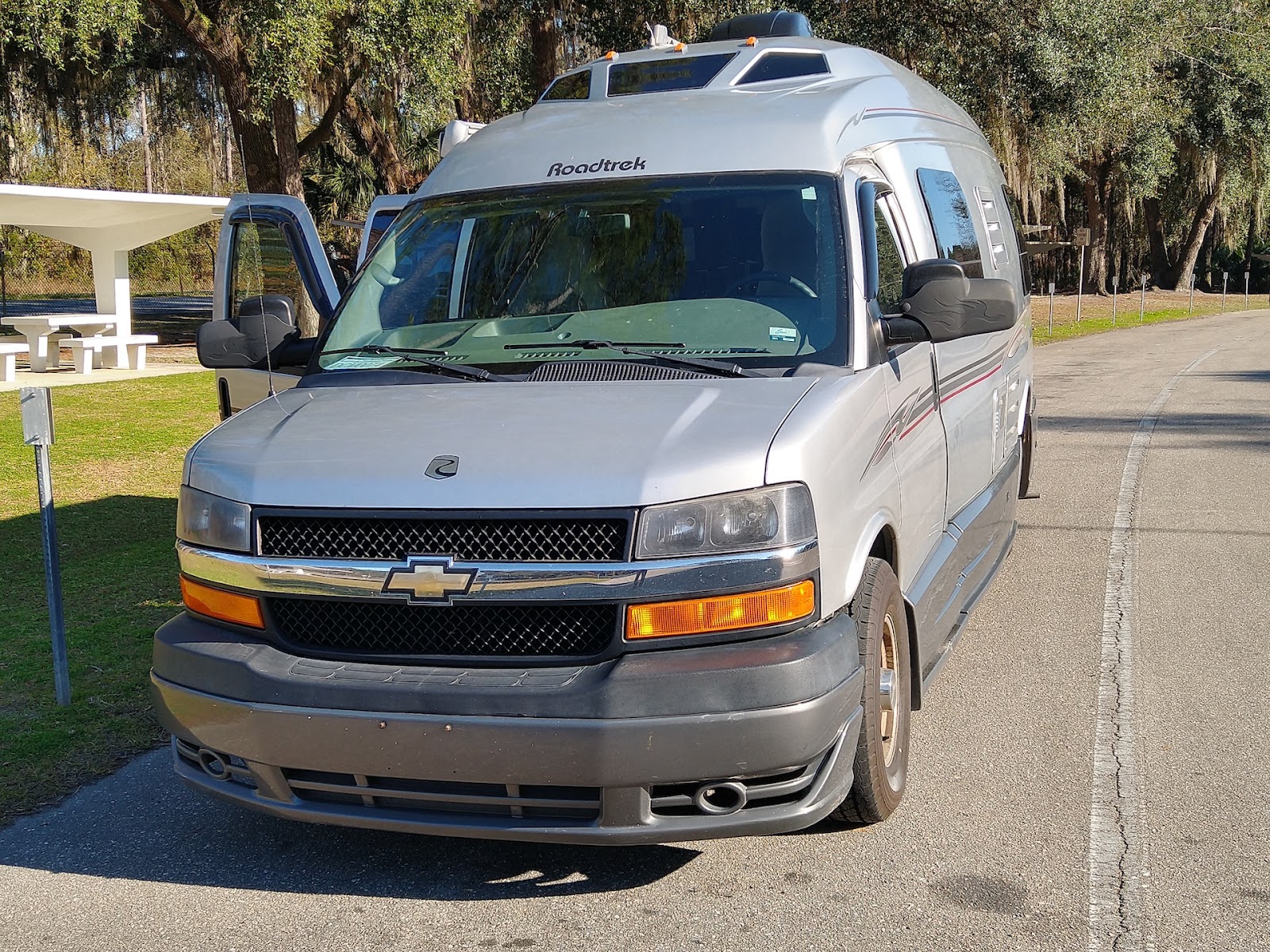