Time for an update

Golden Acres Ranch was pretty neat.  Beautiful piece of property just north of Monticello, Florida.
We visited with Bobbie and Fred the owners and learned quite a bit about raising goats, sheep, and chickens.  Then we rode around with Bobbie and helped her feed her herds.  I found it interesting that they have big dogs in each pasture with their animals.  Really big dogs, Great Pyrenees.
After a peaceful night's sleep we moved over to Falling Waters State Park.  A small, quiet park with an actual waterfall.
We then headed out and met Julie and Harry (Cindy's cousins) in Crestview for a 3 hour lunch and visit.  They took us to "Jesus Chicken" as they call it.  Really good fried chicken with a Christian theme.  We really enjoyed visiting and are planning a cruise with them in the next year or so.
Then we stopped at Rainbow Plantation in Summerdale, AL for a few days.  We decided to let the rain pass us by then headed home on Thursday.
We got into Thibodaux on Thursday afternoon and pulled into a spot at the Civic Center.  As the lady said "we're not a campground!"  This is more like camping at a Walmart with full hookups.  There is a playground, tennis courts, and a small baseball field.  So people and kids are coming and going all day and night.  Last night the fire truck showed up and had a training.  They parked about 50' from us and ran the diesel on high idle for a couple hours while they proceeded to wash down the parking lot.
About the same time the water line we're connected to broke.  Broke as in someone broke off one of the faucets and a steady stream of water was flooding the grounds.  The maintenance guys worked on the leak for a few hours then knocked on the door to say they would finish tomorrow.  Not a problem since we always carry at least 50 gallons of water.  We can hold 150 gallons but don't like to travel with that much extra weight.  Today they finally got the leak fixed then as they were turning on the main valve it broke.  So they got an air compressor and jackhammer and started breaking concrete.  But we finally have water again at 3pm!
Yesterday I removed the steps from the coach to I can replace them whenever I have some help.
Then resealed a couple of marker lights, and installed an antenna on the roof for our Wilson Sleek amplifier for our cell phones and wifi.
This morning Cindy and I took down the valences and headboard in the bedroom and recovered them.  Now we just have to order a couple of new shades to replace the old curtains and our bedroom will match the quilt we bought a few years ago from an Amish shop in Pennsylvania.
Well it's raining again, making me wish for the desert again....
We get to pick up Ella from school today and play for a while, yeah!
Then Saturday we move to the French Quarter RV Resort until Monday.  Scott is running the marathon on Sunday and we want to be there to cheer him on.  So if we gotta drive to New Orleans why not take the coach and spend a couple nights?
Anybody that knows me knows that I HATE to drive in the city.  Cindy usually drives whenever we go to NO or Baton Rouge.  By her choice since I drive her crazy if I have to drive.  So wish me luck driving the coach there. 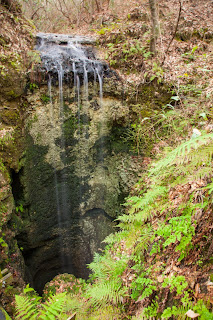 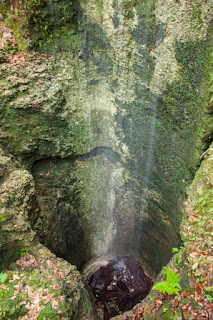