Really!  When we decided to stop here in Arco we had no idea what attractions were in the area.  Well one of the neatest things is Arco was the first town to be powered by nuclear energy.  There is the Idaho National Lab that built the world's first breeder reactor and to prove that it was a viable energy source connected the output to the town of Arco.  Today we toured the decommissioned original #1 reactor and the #2 reactor.  Really interesting to see how Mr. Fermi developed the concept and Mr. Zinn put it to a practical use.  Too bad that breeder reactors are outlawed by international convention.  It is really a neat and very safe concept.  They even have the radioactive material from 3 Mile Island stored here.

When I was a kid I was very interested in science and read everything I could, especially Popular Science.  I remember articles on breeder reactors but had no idea I would get to see the place where they were developed.  Another thing I remember was the concept of a nuclear powered airplane.  Well they started developing one here.  There are 2 different nuclear reactors on display outside.  The reactor heated the air to spin a turbine to produce thrust.  The reactors were a success but the project was discontinued as it was thought to be unsafe to have a flying reactor.  The 2 examples were huge, but I'm sure would be miniaturized if they were ever put into an airplane.  There is also a lead lined locomotive they used to haul the reactors out into the desert for testing.  Really was an interesting tour.

A few days ago we rode the RZR up above Mackay to tour the old mines.  Had a nice day riding even rode over a really old railroad trestle.  We even found a neat little cave in a canyon that had smoke stains in the ceiling. 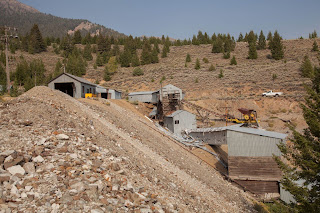 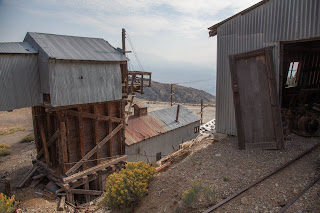 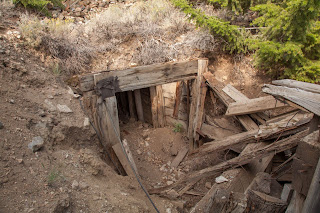 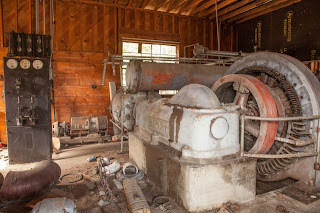 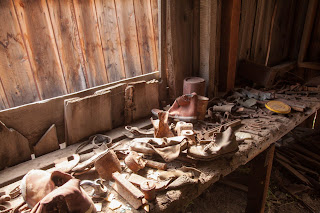 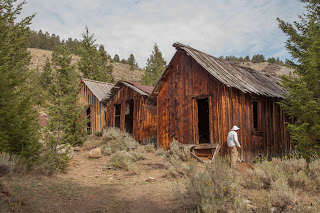 Then yesterday we rode from the campground out to Wood Canyon.  We went up to 8400 feet riding through a tree lined canyon then up and up to a gorgeous overlook.  It was another great day here in Idaho. 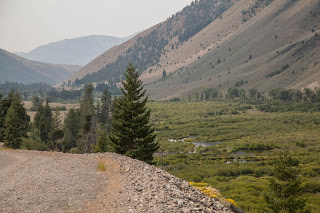 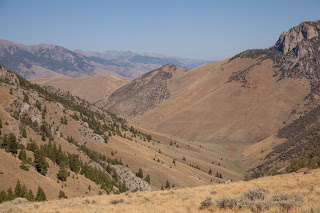 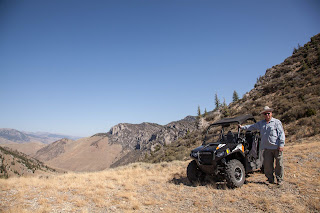 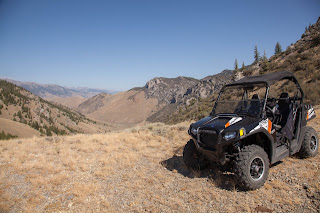 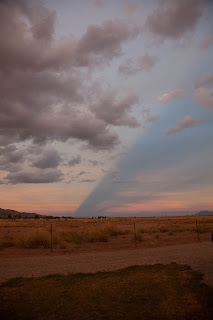 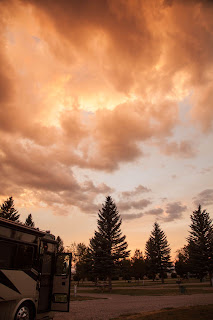