This morning after a wonderful Moroccan breakfast we met our guide Hassan.  Hassan took us for 4 hours walking through the medina.  Fes has the largest medina in the muslim world and was first built 1400 years ago.  The medina has 230,000 people living in it and is a UNESCO world heritage site.  We could only walk through some of the numerous alleys where there are countless shops selling anything you could image that the people need for daily use.  Most of the items are made there at the shops and are almost all handmade.  The hide tannery for instance uses only natural lime, salt, dyes, pigeon poop! and no machinery is involved.  The tailors use either needle & thread or OLD sewing machines.  Not much technology except for cell phones.
All of the items brought from outside like food products or wood or even the animal hides are brought either by hand cart or donkeys or mules.  Quite a few times Hassan would tell us to hug the wall as a heavily loaded donkey would pass by.  The alleys are quite small.
The sights and smells were overwhelming at times, especially at the tannery.  As we entered the building to climb to the terrace and overlook the tanning pits they handed us fresh mint to sniff when the smell became too bad.  Fascinating to watch the workers standing in the various pits either stirring the hides with a wooden pole or just using their feet to stir the hides.
There were shops selling fresh meat, vegetables, candies, olives, handmade sandals, just about everything to support such a large community.  A lot of the people probably have never been outside of the medina.  Their houses have no windows facing outside only an entrance door.  But inside there is a courtyard and the windows open to this central courtyard creating a private space.  Similar to our Riad, but I'm sure not quite as nice.
One thing we noticed were the difference in the generations- the older people all wore the traditional gowns and were mostly very colorful.  The younger ones wore less of the traditional garments and the kids usually just wore shorts and teeshirts.
Of all the place we've been to on our 5 week adventure this was by far the most exotic.  Certainly it will remain in our memories for quite some time. 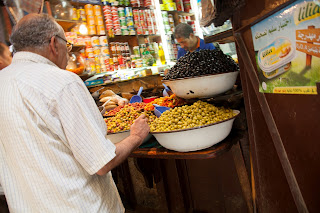 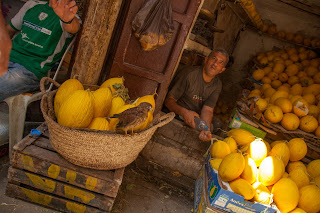 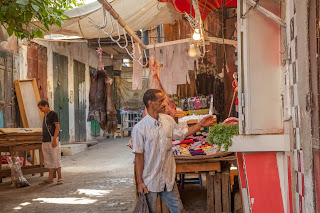 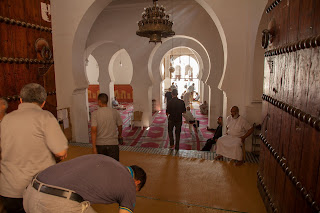 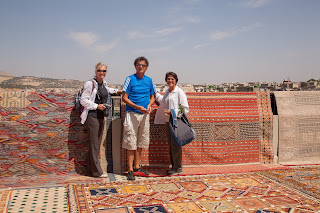 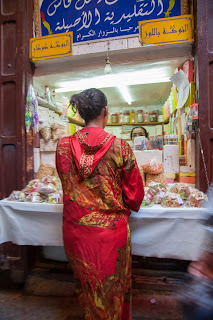 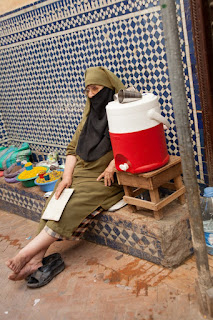 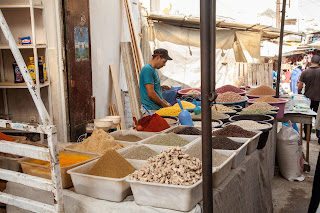 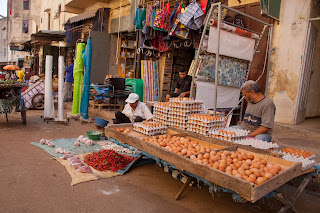 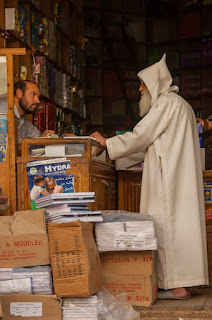 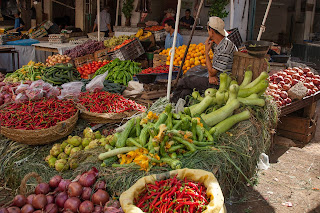 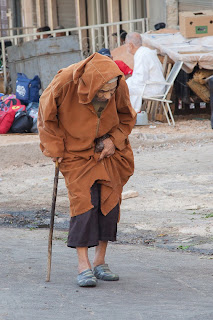 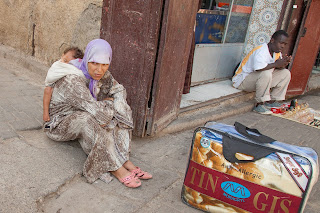 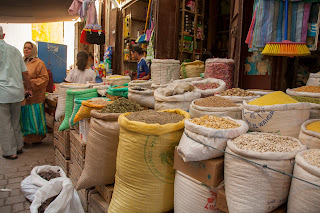 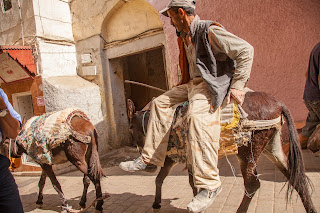 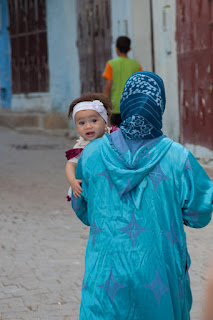 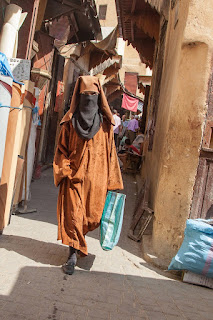