Today we drove up into the La Sal Mountains.  We started just north of Moab along the Colorado River and took the La Sal Loop.  We had a picnic lunch in the snow at the summit around 8400 feet.
Most of the land in Utah is Bureau of Land Management and open to anyone.  So I took a few dirt roads and went exploring.  There are small campsites down most of these roads, probably from hunters.  Cindy wasn't too crazy about spending the night so we kept going.  One road was really fun since we ended up along the Brumley creek.  The farther up we went the deeper and narrower the canyon of the creek became.  I finally stopped when the trail became more shaded and snow was on the road.  Can't see if there is a rut or rock under the snow and the dirt is wet.  So Cindy got out and spotted me as I turned around on a trail only a few feet wider than the jeep, with the deep canyon on one side.
We continued around the loop and ended up back in Moab.  Nice drive. 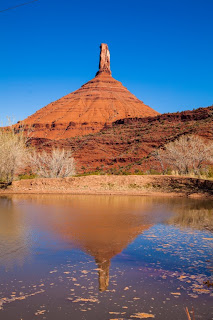 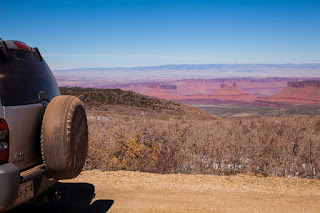 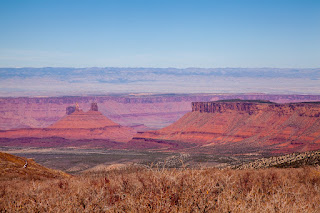