This morning we woke up and were out earlier than ever.  We walked to Notre Dame for a Gregorian mass at 10am.  Then took the metro to the train station and rode out to Chartres.  This was one thing on Mike's todo list and we are glad he wanted to do this.  We spent the rest of the day admiring the incredible church.  The church was first built in the 13th century and rebuilt a few times throughout the centuries.  One unique aspect are the two spires:  one is Gothic and one is Romanesque.  The church also is in possession of the Sainte Voile, the Holy Veil said to have been worn by the Virgin Mary when she gave birth to Jesus.  We took a tour through the crypts below the altar and were able to see the Reliquary where the Saint Voile resides.  Very inspiring.  To think that something like this could have been preserved for 2000 years, especially with France's turbulent history.
The carvings surround the altar were of unbelievable detail.  It's hard to imagine the time and patience that was put into carving these out of stone!  Such a lost art.  And the stone floor is original, we walked where pilgrams hundreds of years ago walked.
After we had a snack, Cindy and Mike each had an apple tarte and I had a lemon tarte.  One of the nice things about french desserts is that they are not overly sweet like ours tend to be.  Just enough sweet to appreciate the other flavors.  A neighbor told me I would lose weight on this trip especially in Italy.  Well maybe I'll lose the weight I've gained in France....we'll see.
Tonight we pack up and tomorrow fly to Rome.  Another city, another adventure. 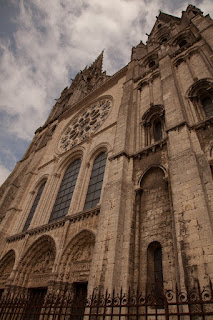 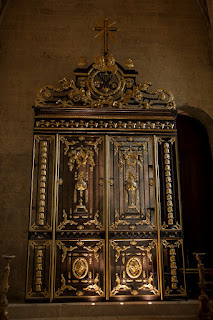 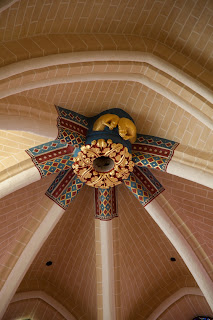 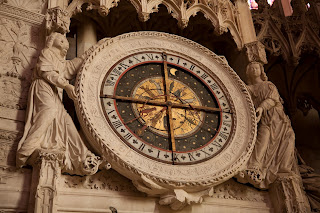 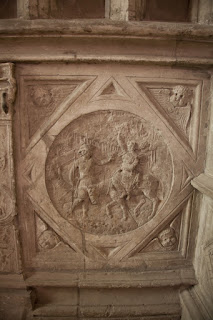 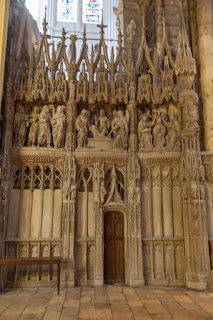 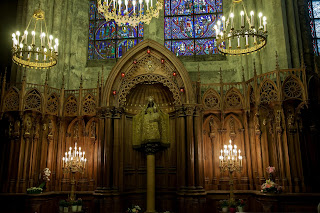 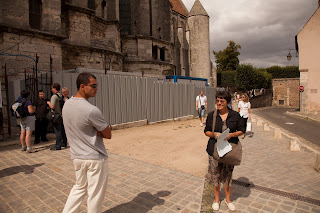 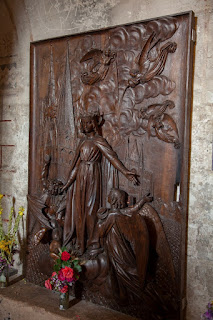 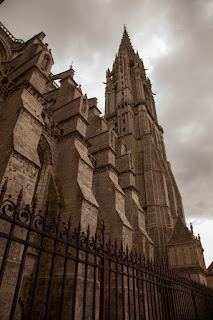 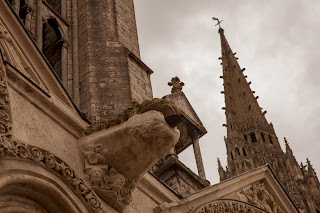 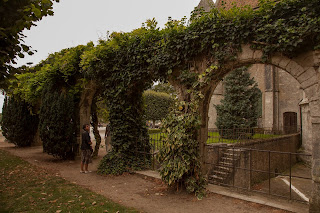 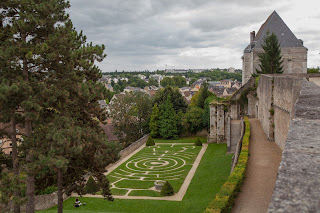 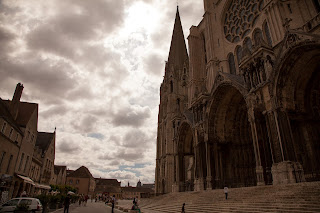