Well we did make it to Notre Dame.  Left the apartment about noon and walked there.  Found we ARE in a very good location.  Not hard to find our way around, well not too hard thanks to Forest and Mike's sense of direction.  From Notre Dame we found a nice little restaurant with sidewalk table (most of them do have them).  Mike had duck, Forest had steak and I had fish.  They were all very good, we wanted to each try something different so we could taste them all.  Then we each had a different dessert; Forest had lemon crepes, I had strawberries with strawberry sorbet and whipped cream, and Mike had vanilla ice cream with apple pie...... they were all yummy.
We then walked to the Louvre.  Walked around outside ..... it is an AMAZING building.  Then headed toward the Arc de Triomphe through the Jardin des Tuileries.  Looked like it was going to be quite a walk so after resting a few minutes under some nice trees (and watching the people go by) then finding a bathroom for me (50 cents please) we paid for a ride the rest of the way.  We walked around under the arch but did not climb to the top (284 steps to the top).  The arch is in the middle of the world's largest roundabout connecting 12 avenues.  To get to the arch you actually have to walk through a tunnel.  The arch was commissioned in 1806 by Napoleon to commemorate his imperial victories, it was completed in 1836 under Louis-Philippe. (just a bit of history)
From there we decided to tackle the Metro.  We purchased a 3 day pass for each of us to make getting to further places easier.  Good thing we decided on the pass, we went to the wrong station on our first try..... guess we would spend more on single tickets in 3 days than on a pass.  We found our way back "home" a little after 6 for our afternoon rest.  We will go out later for dinner, maybe take the Metro back to see some of the same places after dark.  OH it doesn't get dark till about 10 or 10:30, I missed that last night.... I was asleep, Mike told me. 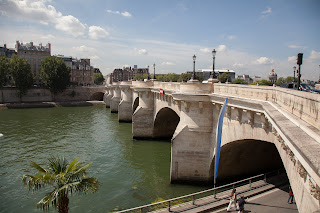 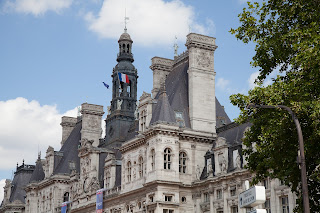 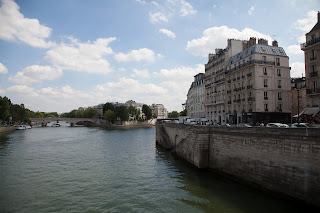 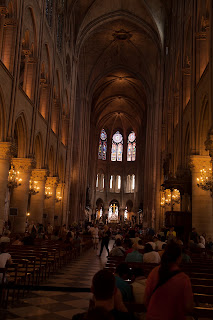 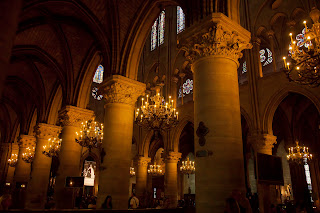 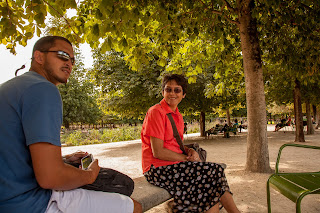 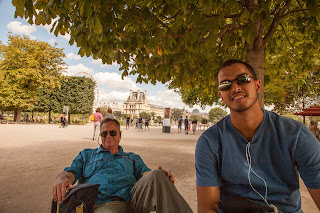 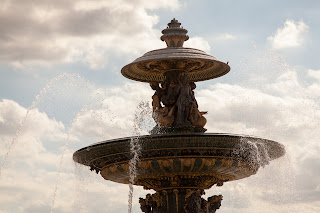