This morning we did the Scavi Tour which took us underneath St. Peters Basilica.  When the Basilica was originally built, Constantine filled the top of Vatican Hill in order to create the floor.  This also preserved the grave and small shrine of St. Peter and also of many other Christians and people of other faiths.  The shrine was discovered in 1929 when doing work on the current Basilica.  Archaeologists then excavated a 70 meter corridor underneath the Basilica where they found numerous crypts in the Necropolis and also found the shrine built over St. Peters burial spot.  We were able to see some of these crypts and also part of the original shrine and most importantly the bones which are believed to be those of St. Peter.  Very inspiring.
After that we went to the Museo Vaticano and pushed our way through a sea of sardines through the exhibits to the Sistene Chapel.  It was very crowded in the museum and the Chapel.

Oops, guess that's why one of the security guards made me turn my camera off.  But don't tell anyone, I was able to sneak a few shots. Sorry about the composition but these were mostly taken holding my camera at waist level.  The last 3 pictures are of the Sistene Chapel.
Tomorrow we plan to make mass at St. Peters then enjoy a relaxing day since Monday morning we take a 7:15 train through Milano to Interlaken, Switzerland for a couple days.
We've enjoyed our stay in Rome.  The apartment is very nice and roomy, only 200 meters from the Museo Vaticano and 500 meters more to the entrance to St. Peters Square.  A very convenient but quiet area. 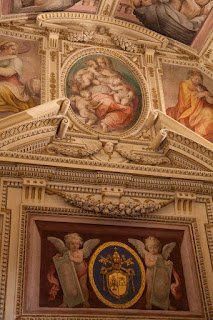 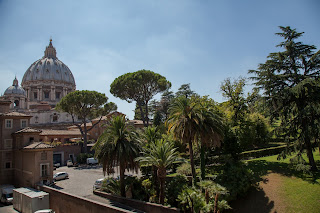 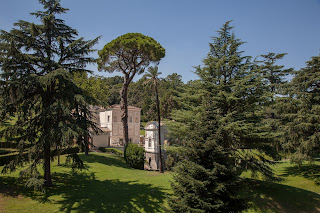 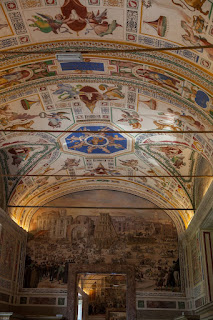 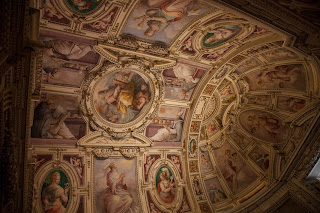 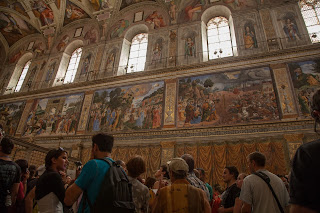 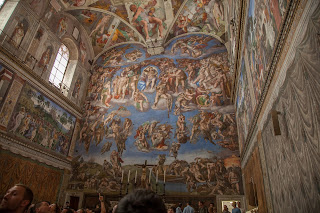 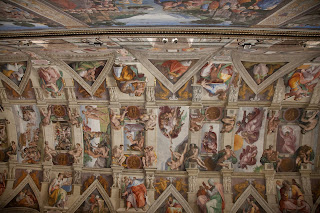