What an amazing day!

We all slept in, then had breakfast and walked over to the little cafe for wifi.  We untied and
headed up the canal about 10:30.  Didn't make it too far, about 2 kilometers later the impeller
gave up the ghost.  Engine overheated so we tied up and David took a bike back to the docks
to fetch a mechanic.  With a new impeller we took off again.
The Midi Canal at Beziers has a unique feature:  a water bridge.  The Midi passes over a
couple roads and another larger canal IN THE AIR, and we were on it.  An amazing
experience to look down and see how high up in the air we were as we cruised.
Not much farther up the canal we came to a series of 7 connected locks.  We waited about 1/2
hour for our turn and then entered with 2 other canal boats.  We tied off and in comes a huge
rush of water as the water level raised about 15 feet.  Then the lock doors opened and we
entered the next lock only to repeat this for the 7 locks.  Really neat to look back down the
way we came as we rose about 100 feet.  The locks attract quite a bit of attention since every
one we've passed through has had people just watching.  This set had quite a few people.
We cruised for about an hour before we came to the little village of Port Colombiers.  Since it
was so late there were no places in the small marina so we continued a couple hundred
meters and tied up alongside the canal with a few other boats.  We all cleaned up and walked
back to the marina for a nice dinner of pizza and pasta, and wine, and of course more gelato.
Well the ladies had crepes while David and I enjoyed gelato.
Today we'll explore the village which is a walled city built during the Roman times. 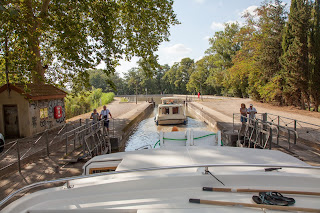 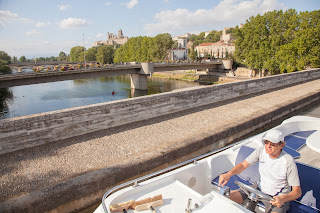 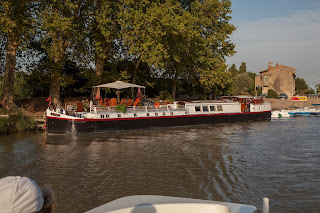 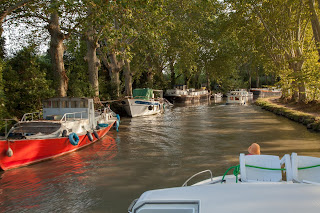 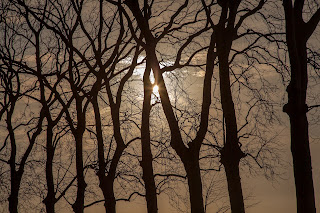