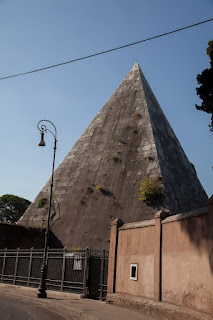 Yesterday we did another tour with our friend Penelope so Mike could see St. Peters Basilica.  Then we ate lunch and I took it easy that afternoon while Mike and Cindy went do a little shopping.  We walked back for a farewall dinner with Mike, then had another gelato.  I think I found my favorite flavor- chocolatta pepperoncina, chocolate with hot peppers!  Wow, that was really good, best yet.
Woke up kinda early to see Mike off.  His taxi picked him up at 8:15 for his flight at 11:30.  He should get to New Orleans around 9pm tonight local time.  We really enjoyed having Mike with us these last 10 days.  Safe travels Mike.
After seeing Mike off we took a bus to the Piramide train station (yes there is an actual pyramid in the middle of Rome) for a 30 minute train out to Ostia Antica west of Rome along the coast.  This is an excavated ruin that was once the major seaport to supply Rome which had a population during those times of up to a million people.  The port was originally built in the early years before Christ.  Yep, over 2000 years old, and it is amazing the condition of a lot of these structures.  Of course it was rebuilt and added to throughout the centuries but it was very impressive.  When these early Romans built something they built it to last.  Too bad their society didn't last.  Let's hope our society isn't as fleeting.
We spent almost 4 hours walking through the ruins and only covered a small portion of the structures.  It was really interesting to see the size of the houses and restaurants and other places.  There were these beautiful mosaic floors that had been uncovered and countless plaques and statues.  Totally exhausted we walked into town looking for gelato.  NONE! can't believe it.  We did find a castle in town with a tower.  Hey Ella, wonder if it was Rapunzel's tower?
We did find gelato back in Rome.
Tomorrow morning we do the Scavi tour underneath St. Peters Basilica then will see the Sistene Chapel and Vatican museum.
Life's good! 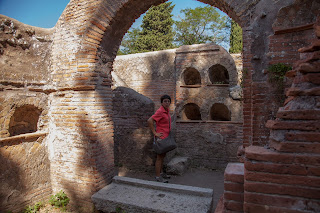 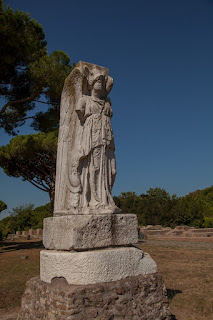 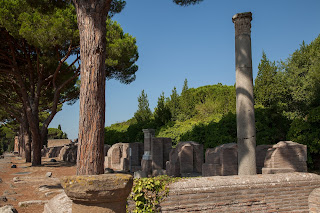 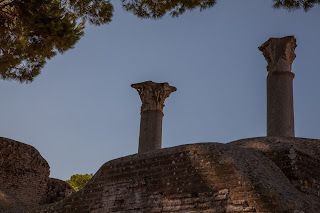 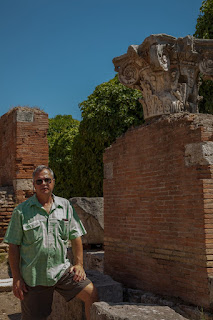 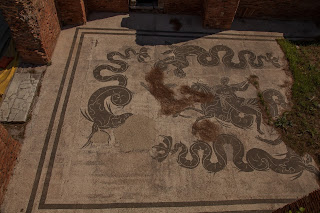 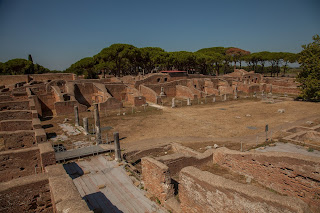 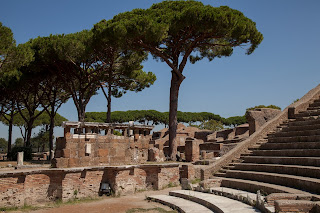 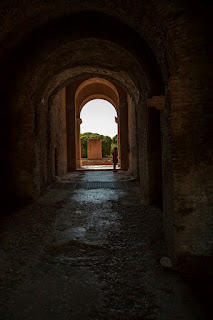 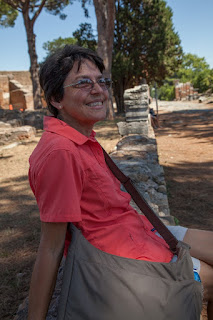 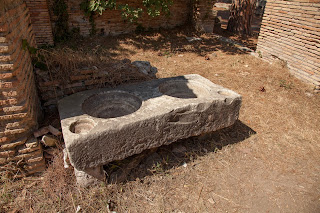 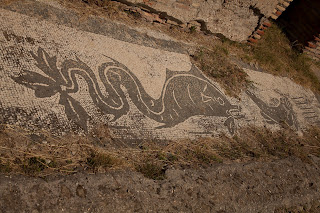 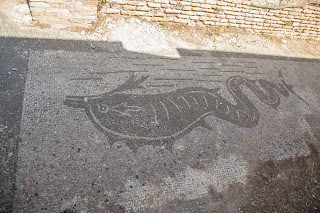 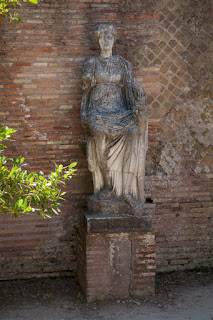 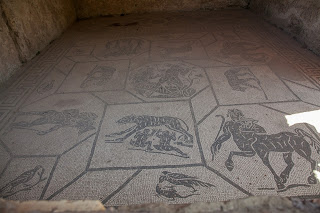 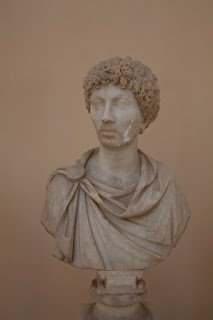 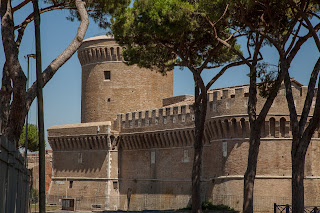